How to Recognize a Medical Emergency

Figuring out if medical symptoms warrant calling an ambulance or a trip to the emergency department can be hard. Patients are often afraid to call, thinking their medical complaints aren't severe enough to bother emergency care providers. But you aren't really bothering anyone. Paramedics and emergency medical technicians are supposed to respond to medical emergencies, and those emergencies are defined by the patients rather than the responders.

When trying to decide whether or not to call an ambulance or go to the emergency department, better to decide to go rather than to not go.

Having a list of conditions for when to call an emergency is good, but it's much better to know how to recognize an emergency no matter what the complaint is.

Symptoms Indicating the Brain Is Involved

Medical conditions that cause changes in brain function should always be treated as emergencies. If the noggin is broken, everything else will eventually break down.

Complaints that may indicate a problem with the brain come on suddenly:

We have all been short of breath from exercise, but when that feeling comes without any reason, it is scary. Sometimes, patients don't recognize breathing emergencies. Choking, for example, does not always results in calling an ambulance right away. Unfortunately, once a choking patient has become unconscious, very little oxygen is left in the bloodstream.

There are plenty of other causes of shortness of breath. Heart attacks, pneumonia, emphysema, asthma, and pneumothorax are all examples of things that can lead to trouble breathing. Allergic reactions can also cause trouble breathing or difficulty swallowing and indicate anaphylaxis, a serious emergency.

Heart attacks can feel like indigestion or like the worst pain ever. Heart attacks can also have absolutely no pain at all and just cause a weak heart, which leads to shortness of breath or weakness/passing out. If you feel pain in the chest, particularly if it seems that nothing you do make it feels better (rest, position, movement, etc.), it's time to visit the Hospital Emergency.

A little bleeding is no big deal, but spurting blood can be life-threatening. The good news is that it's not hard to control bleeding. Pressure and elevation are enough to stop most cuts from oozing blood, and the unusual step of pressure points usually takes care of the rest.

If pressure alone doesn't stop the bleeding, do the rest of the steps while someone gets an ambulance. Only use a tourniquet as a last resort. If the bleeding is enough to make the patient drowsy or weak, follow the rules to treat for shock and get an ambulance.

When in Doubt, Get Help

Some emergencies are of common sense, car accidents and fires are good examples. Other emergencies are less obvious. There's no way to cover every possibility here. That's why emergency medical services providers don't expect patients to always distinguish between emergencies and non-emergencies.

Plenty of seemingly innocuous complaints can have life-changing consequences if not treated quickly, and an equal number of scary situations end up being minor. If you think that you or someone else is experiencing a medical emergency, don't hesitate to call an ambulance or go to the emergency room. 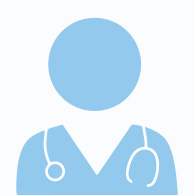 How to Recognize a Medical Emergency

How Can Physical Therapy Help You Treat Lower Back Pain

Gynecologists: When to visit and what to expect

Login/Join as a Doctor